Mark T. Barclay is known as a Preacher of Righteousness 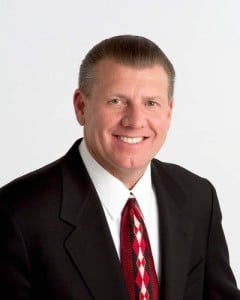 Mark and Vickie Barclay are a powerful team—leading their family, mentoring pastors, and pastoring their local church. Both are strong Word people, and they sow their lives to help God’s people.

Dr. Mark T. Barclay is a proven, precise leader among ministers worldwide. God has anointed him with a severely accurate prophetic ministry.

For over 35 years, Mark T. Barclay has traveled the world over, preaching the uncompromised Word of God and preparing God’s people for His coming.

Author of many books, curricula, syllabi, and periodicals, he has become known as a prolific contemporary writer, literally shaping the futures of many people and demanding growth of a higher caliber throughout the body of Christ.

The Mark T. Barclay National Telecast alone is reaching millions of people weekly with the gospel of Jesus Christ. Brother Barclay is the founding pastor of Living Word International Church, which is both a very strong world outreach center in Midland, Michigan, and a world-class network of ministries and churches. From this world headquarters church, Brother Barclay travels extensively as a convention speaker and produces the ministry television program.

He is also president and founder of Supernatural Ministries Training Institute, a vast network of training centers across the nation and in other countries of the world, training believers to find their gifts and callings and flow in them all of their lives.

He is providing leadership and governments to a multitude of ministers globally through the ministerial network he has founded, called Righteous Preachers’ Network. Several hundred ministers call Pastor Barclay their pastor.

You will be refreshed and challenged as you sit under this prophetic ministry and touched by God as Brother Barclay preaches the Word and breaks forth with a supernatural flow in the gifts of the Spirit. You will never be the same.

As an honorably discharged U.S. Marine and Vietnam veteran, he has an unusual command and style to train men and women for service in the Lord’s army.

The Barclays serve God as a family team. His wife Vickie, daughter Dawn with her husband James, and son Josh with his wife Trish are all full-time in the ministry and flowing together with the Lord’s anointing.

STAY UP TO DATE

Receive the latest news and updates from our team.

You have Successfully Subscribed!